Not quite 7:00 am and it’s already 69 degrees here in San Francisco. If it stayed like this all day, I’d be fine, but it’s expected to climb to 85 later, a thought which does not make me happy. But then I’m a native San Franciscan and anything over 70 is considered a heat wave.

I hate it, but what with the city’s overwhelmingly transient population (and no, I don’t mean the homeless), I’m in the minority.

Most people are out basking in the heat and celebrating a respite from “that miserable cold weather we usually get”. I know this because the drunken celebrants have been outside my bedroom window off and on all night.

Never been able to figure out why, but there’s a small patch of sidewalk in front of my apartment that has some unexplainable magnetic pull to those who’ve drunk so much they can barely stand up, or who decided that 2:15 am is the perfect moment to assess their relationship with their significant (or as the case may be, insignificant) other.

I’ve had to come to the aid of a young girl left passed out against my building by her not-quite-as-drunk but somewhat absent minded friends, because I could hear passing men literally trying to pick her up and carry her off.

Occasionally, those who awake me, endeavor to keep me entertained:

“Between your neurosis and your insecurity, I don’t know why I ever dated you.”

“You’re so stupid, you don’t realize this is all your fault.”

“Wait, why are you running? I love you!”

Recently after the NBA Finals, a drunk, overweight, white guy, loudly proclaimed more than once, “Kevin Garnett is my BOY!” Despite the somewhat loaded racial connotations of the statement, I like to think the victory-induced celebratory vibe, might cause the nearly 7′ power forward to overlook the man’s poorly chosen words.

Meanwhile, 7,500 miles away from “Baghdad By the Bay”, as Herb Caen like to call it, in another, even more abysmally hot place called Iraq, where it is a stifling 111 degrees, the proverbial other shoe has finally dropped.

An announcement is expected before month’s end, that Chevron, Mobil, Shell, Exxon, and BP, will be awarded no-bid contracts to work the Iraqi oil fields, which are the second largest on the planet. The “war on terror” has succeeded in eliminating the terror gripping the oil industry – the fear that they might not be able to continue to earn record profits in perpetuity.

How do the morally bankrupt sleep at night? Well, we all know the answer is “on a pile of money”, but I can only hope it is a sleep not disturbed by drunks outside their window, but invaded nightly by the spirits of those troops and civilians killed by this needless war. 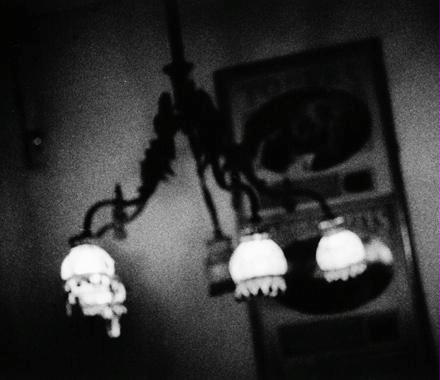 This morning’s musical respite is April by Sun Kil Moon, Mark Kozelek’s musical incarnation over the last 4 or 5 years. Despite being born in Ohio, Mark is truly San Francisco’s own, and we claim his recorded efforts as legitimate treasures of our city. Whether with SKM, the Red House Painters, or his solo efforts, the beautiful longing and wistful memories conveyed in the music, are a perfect backdrop to a warm, sunny day in the shade at Grace Cathedral Park, or a beautiful foggy day at Ocean Beach.

Me, I’m praying for fog.